This Story of the Shot post is a little different again. This time, I’ll be writing much more about the story behind the photo, and a little less about the technique side. It’s the story of a photo that I took quite a while ago now, in the summer of 2010, of a little blue butterfly. 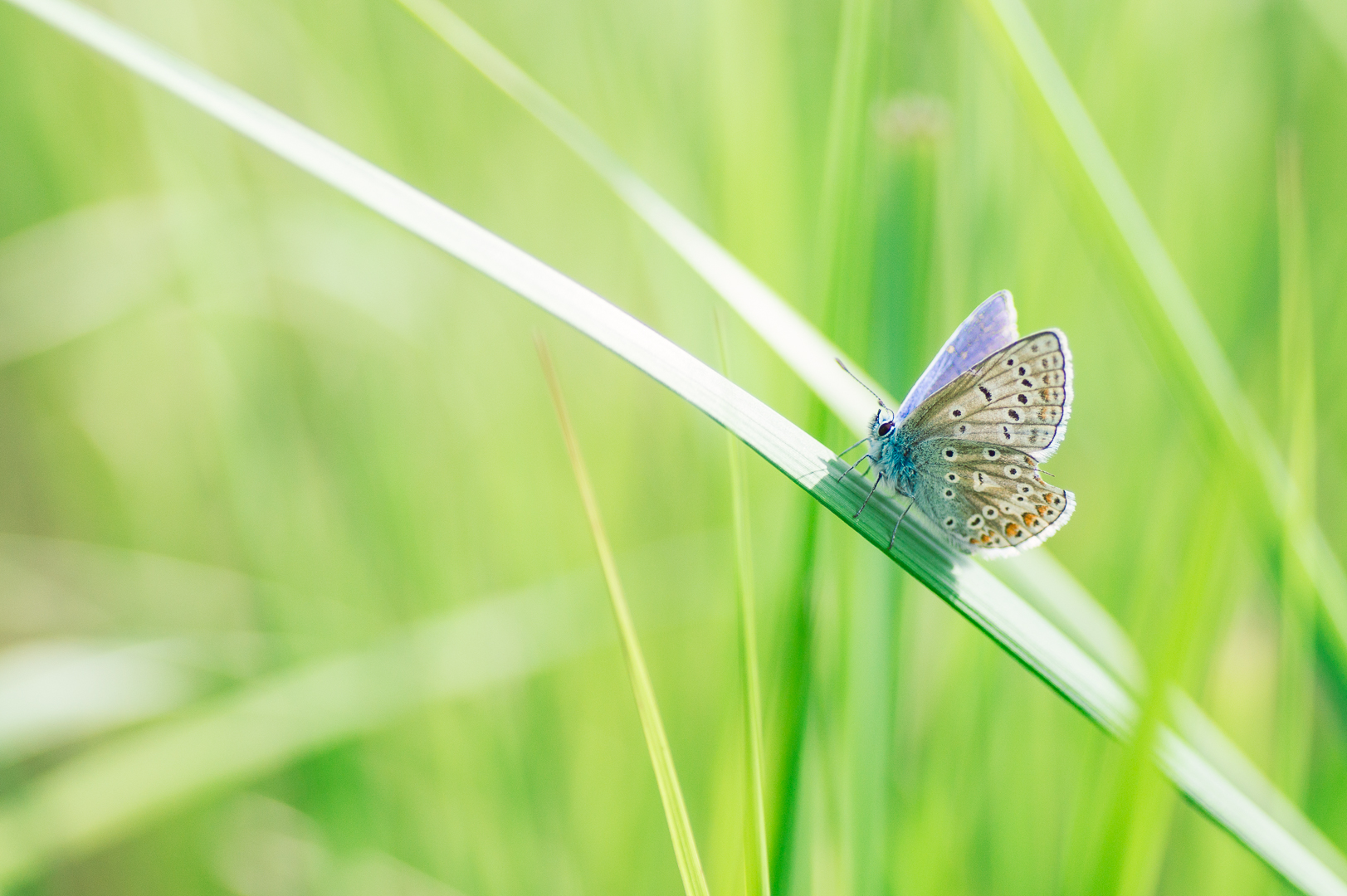 It’s a really simple shot, and I really didn’t have to do much editing at all on it, but I think there’s an interesting story around it. It was taken at St Nicholas’ Fields (St Nick’s) in York, a local nature reserve, a short walk from where we used to live.

I’ll speak about my love of insects, about St Nick’s and why it’s such an interesting place, then a bit about the shot itself, and some of my tips on insect photography.

Insects (and an aside on aphids)

Perhaps you don’t know, but my first job after finishing my Ph.D., for which I moved down to live in York, was a research project studying aphids (greenflies). They have a really fascinating symbiosis with a special type of bacteria.

Skip this next part if you don’t care about aphids (you monster!)

In the same way that you have a bunch of “good bacteria” that live in your stomach and help you to metabolise food and keep everything in balance (a bunch of different species), aphids rely upon one species of bacteria to help them metabolise their food.

To cut a long story short (I just typed about five paragraphs and then deleted them!), the bacteria are able to make essential amino acids for the aphids because their diet of sugary plant sap has very few of them. Without these bacteria, the aphids die, and they’ve formed this symbiosis over millions of years of evolution. The really interesting part is that the bacteria can no longer survive outside the aphids because they’ve lost all of the functions that allow bacteria to live normally; they’re now just little factories that churn out essential amino acids for the aphids. A very similar thing happened with humans, with a microorganism that became part of all of our cells–the mitochondria–that produces energy for our cells.

It turns out that the same thing has happened in a bunch of other insects that feed on restricted diets, like tsetse flies and human body lice that feed only on blood. A fascinating bit of evolution! Aphids are cool for a number of other reasons too - they can reproduce sexually (like we do) with a male and female aphid or the females can produce clones of themselves asexually (without a male). Aphids also tend to be specific to one type of plant, so you get a species of aphid for most types of plant - the pea aphid, the soybean aphid, the peach aphid, and so on!

I hope you have a new-found respect for the much-maligned aphid!

Butterflies are pretty fascinating too. In the UK, we have loads of different species of moth, many of them small and brown, some large and brown, and some really beautiful ones that look much more exotic. We only have around fifty different species of butterfly though, and most of them are pretty unique in terms of size, colour, and character. Some are slow and graceful, others fast and skittish, and they come in literally all the colours of the rainbow (and sometimes all on the same butterfly!)

At St Nick’s, where I took the photograph, I managed to spot about a dozen different species of butterfly, as well as several moth species, a couple of dragonfly species, and even a stag beetle!

As I said, St Nick’s is a local nature reserve. It’s just round the corner from our old house in York, so I’d spend quite a bit of time dawdling around enjoying nature, and photographing insects and wildflowers. 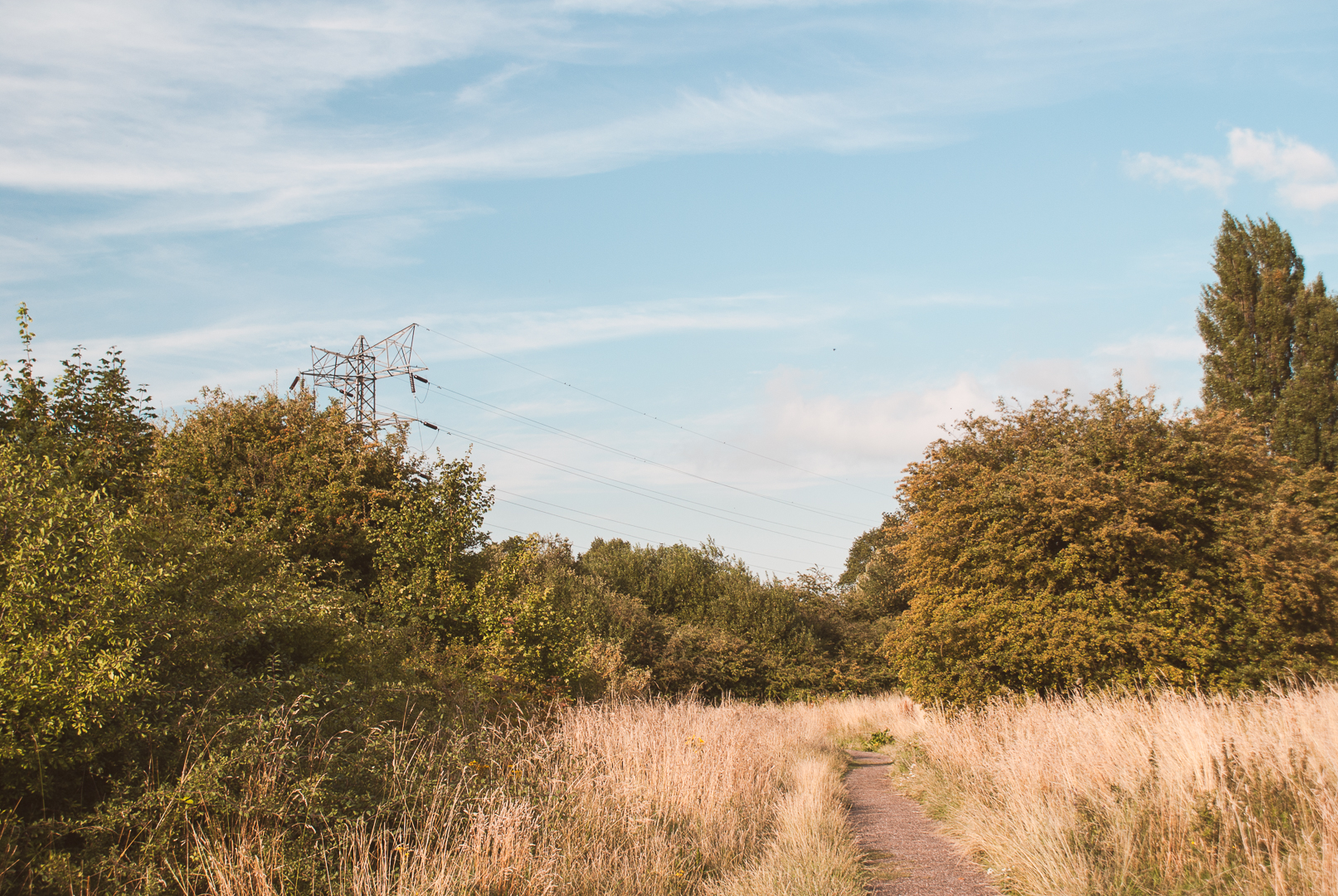 Before it was a local nature reserve, St Nick’s was landfill; still is, I guess! It was allowed to re-wild, and then turned into a space that people could enjoy. There’s now a visitor centre, run by the Friends of St Nicholas’ Fields, with a pond, gardens, and resources to learn about the nature reserve. The team there also maintain the reserve, coppicing, cutting back hedgerows and grass, creating new paths and spaces, and so on. 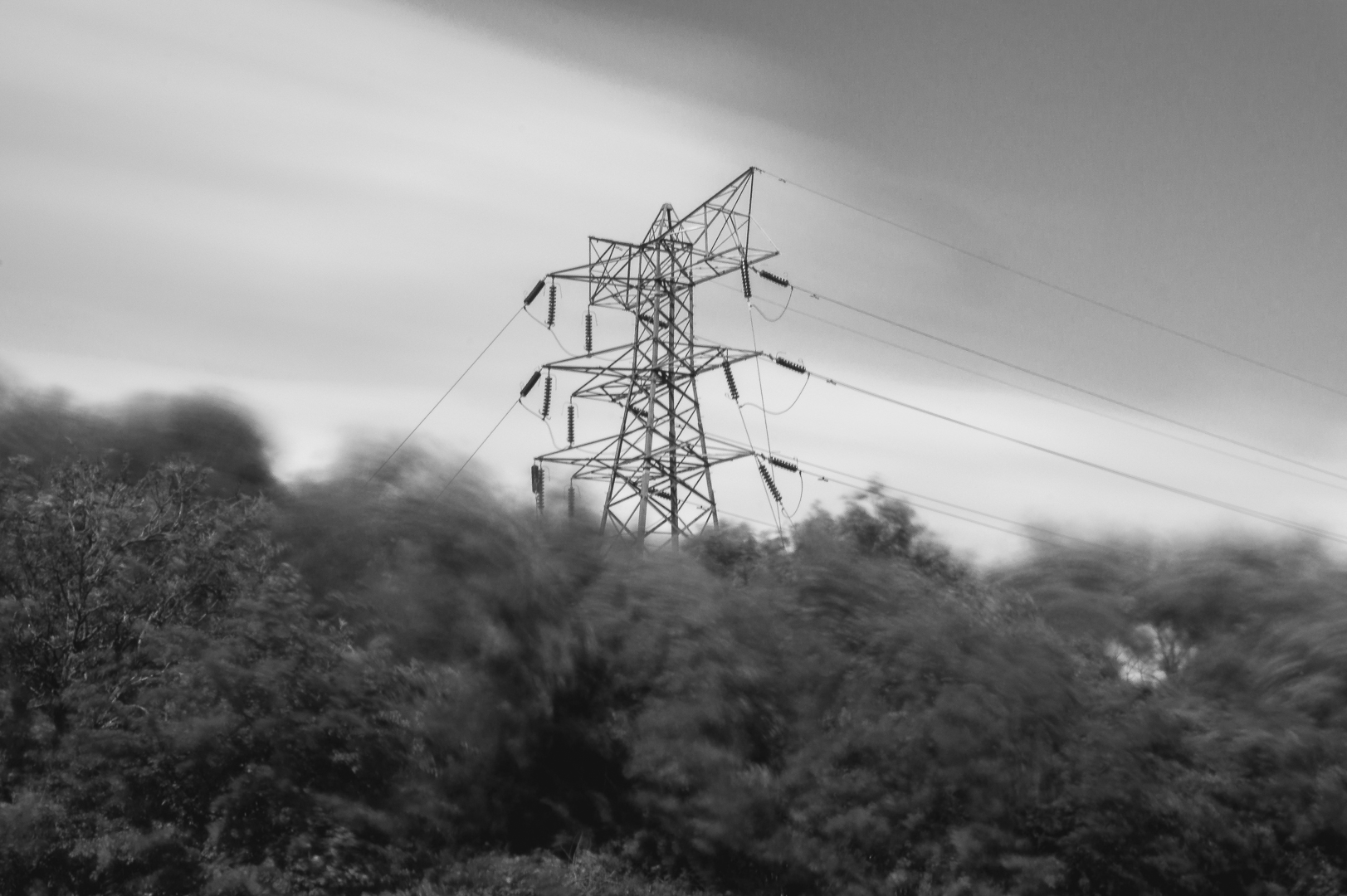 I’ve heard, although I’m not sure how true it is, that the copious apple trees and blackberries are due to waste fruit pulp and seeds dumped there by Rowntrees, who were based in York (now part of Nestlé). The hedgerows and trees provide the ideal habitat for butterflies - a mixture of shade and flowering plants.